We have a new nutrition page! 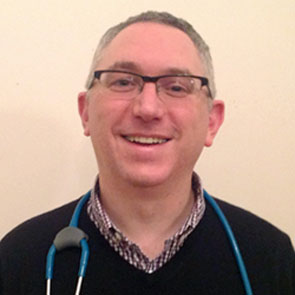 Dr Adam Simon trained in London at University College and Middlesex School of Medicine, qualifying in 1993. He has worked in London, Manchester and New Zealand. He is the founder and Clinical Director of AJ Primus Healthcare, a thriving private GP service in Greater Manchester, Cheshire and Lancashire. Adam is Chief Medical Officer of Wellness International Ltd. He was one of the founders and Chief Medical Officer of Push Doctor Limited. Adam was a partner at Woodlands Medical Practice, Chadderton, a leading NHS practice from 2001 until 2016.

As well as his medical degree, Adam has a BSc in Epidemiology, a MSc in General Practice and achieved a distinction in his examinations for membership of the Royal College of General Practitioners.

Adam is committed to GP training and education having been for many years a GP trainer, training the new recruits into general practice and a clinical supervisor for medical students attending University of Manchester’s school of medicine.

Adam enjoys running, cycling and kayaking and is very involved in his local community. 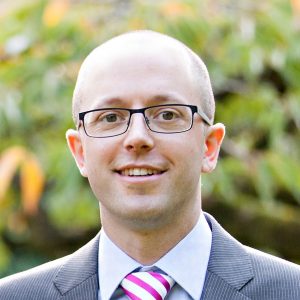 After graduating from the University of Manchester in 2002, Dr David Rhodes has been working as a GP since 2006 and in his NHS partnership in Stockport since 2010. He has broad experience in primary care and associated fields. He has a particular interest in mental health and has completed a foundation programme in Cognitive Behavioural Therapy.

In addition to general practice, he has worked at Manchester Piccadilly Walk-In Centre, Salford Homeless Service and Greater Manchester Police as a forensic physician.

He is a confident and clear communicator who enjoys teaching and empowering students, patients and colleagues. He previously worked as a tutor for refugee and asylum seeker doctors at REACHE Northwest. He also spent 3 years as a volunteer mentor for the Albert Kennedy Trust, working with disenfranchised LGBT youth.

Outside of medicine his interests include travel, science, history and languages. 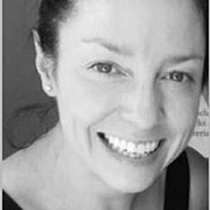 Dr Catherine O’Neill first graduated from Queen’s University Belfast with a BSc in Psychology before studying medicine at the University of Liverpool and graduating in 2007.
Dr O’Neill spent the early years of her career in anaesthetics, taking in a variety of sub-specialities including pain management, obstetrics, theatre and intensive care before embarking on a career in general practice.
This provided an excellent foundation for general practice and was particularly helpful in developing effective communication skills, which are so essential when helping and working with her patients .
She currently works as a GP within the NHS alongside her work with Private GP Extra. She enjoys training and education and has completed the PGCE in medical education.
In her free time, Catherine enjoys running, tennis and outdoor activities with her family. 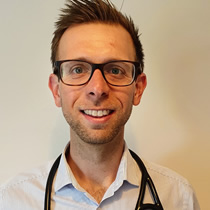 After graduating from Manchester University in 2009 and subsequently working in several specialties around the North West and then Australia, Dr Matt Gater then returned to Manchester to complete his GP training.

Since then he has been working in surgeries and for a home visiting service around Manchester, Stockport and Cheshire.

As a passionate outdoor enthusiast he enjoys cycling, hiking, running and generally keeping active. It is these attributes that lead to an interest in both musculoskeletal and the emerging field of lifestyle medicine. He values strong communication and empowering people to manage their symptoms and conditions holistically.

Other interests outside of work include travel, playing the guitar and walking his dog who recently starred in a commercial! 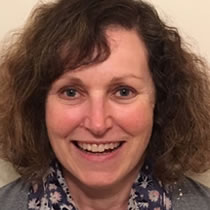 Dr Jackie Rose recently retired from her NHS GP work. She now concentrates on her special expertise and passion of Nutrition through medicine.

Dr Rose has developed a special expertise in nutrition. She has recently co-written a healthy eating cookbook, published April 2020. She also does voluntary work in preventive medicine and regularly gives talks and lectures on this topic. She is passionate about both preventive medicine and nutrition. Her main goal and objective within medicine is to help people to achieve optimum health and wellbeing. 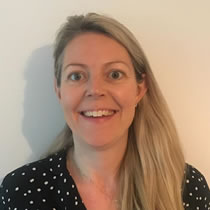 Dr Laura Fricker graduated from Manchester University in 2004 and has been working as a GP within the NHS since 2008.

Dr Fricker worked as a regular locum GP within several surgeries throughout Cheshire whilst she was having her children.

Laura then became a partner at Toft Road Surgery in Knutsford in June 2017 where she continues to work three days a week.

Dr Fricker has a broad experience of all aspects of General practice. She has completed post-graduate training in Women’s Health and family planning, and has a particular interest in the menopause. She has also developed an interest in Sports Medicine throughout her career and has attended several courses in this specialism.

Alongside her General practice work, Dr Fricker has worked as a GP medical expert for several solicitors throughout the UK. As part of this role she provides medicolegal reports in relation to injuries or accident claims.

Laura is a passionate GP who loves her job and believes communication is paramount to the doctor-patient relationship.